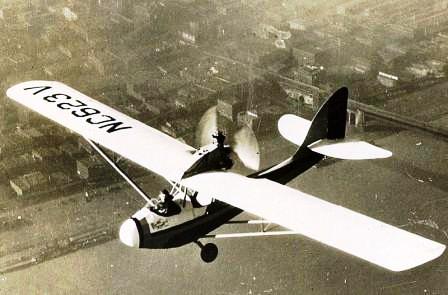 First production airplane.  Originally called the “Skeeter” and was designated the CR-1.

Records show this aircraft registration was issued March 13, 1931. It was cancelled June 19, 1931 while registered in Wilkinsburg, Pennsylvania. 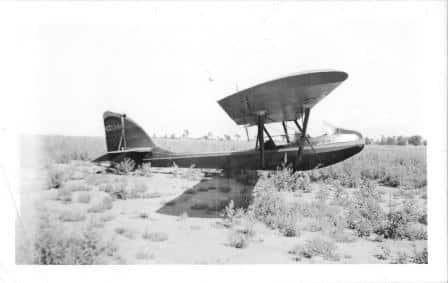 These photographs sent to me by Jim Ladwig.  His father, Harold,  owned this plane.  (Jim Ladwig Archives)

This registration number was issued to a CR-2 serial 3002. Curtiss is issued a series of registration numbers, and they can issue them to a variety of models as they come down their individual production line.  This CR-2 was equipped with a 100 horsepower Kinner. 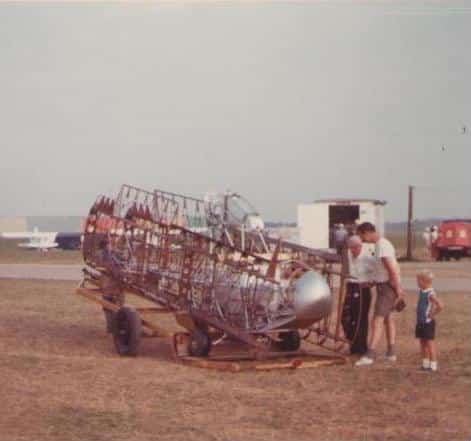 There is an indication in the records that this airframe was used to construct a homebuilt. 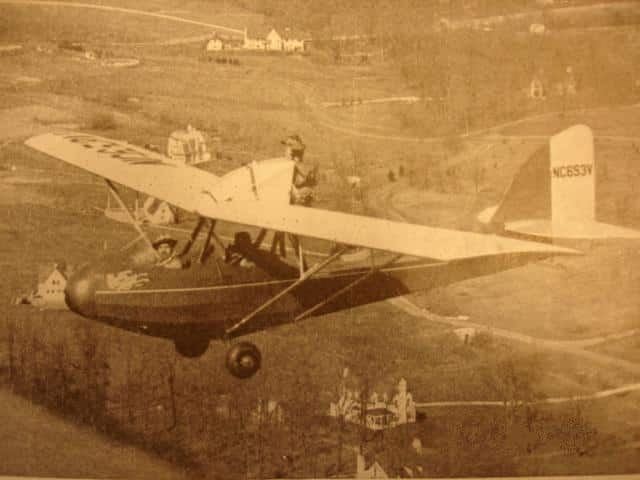 This aircraft is currently registered with the FAA.

Parts from N10979 used in the repair of this aircraft. 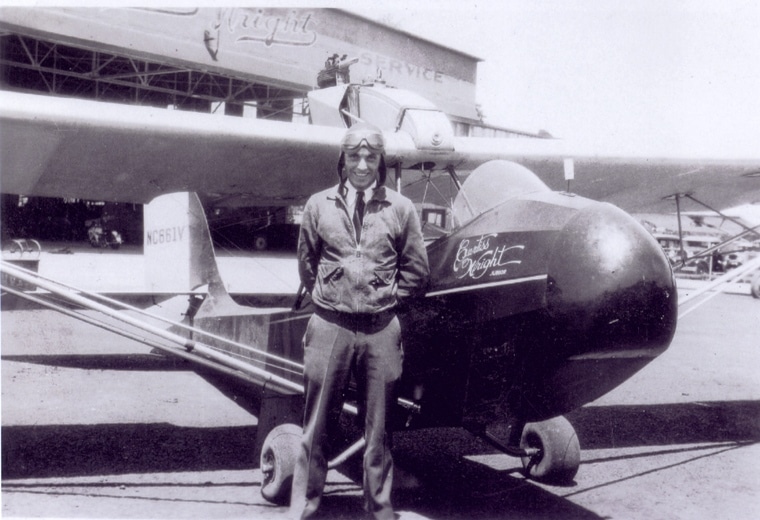 Registration was cancelled 09/01/1939 while registered to Louise A. Chamberlain in East Orange, New Jersey.

The photograph and the following information was received from Alex Davidson:

“I got into historical research on the beginning of the (Curtiss) Essex airport Caldwell NJ  (KCDW). In the process I have collected some of the Curtiss-Wright Review Magazines.”

“The attached is a photo of one in front of the first hangar at Caldwell. It is either a 31 or 32 photo. The Curtiss- Wright Flying Service closed up in the fall of 32 and the sign, on the hangar,  was removed. It was then called Caldwell Wright Airport.”

I purchased this photograph, but have no information on history. 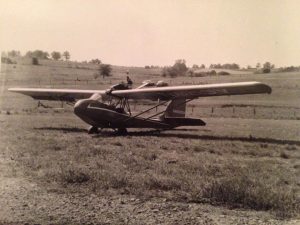 FAA registered currently.  This aircraft is listed on inventory of Mid-Atlantic Air Museum in Reading, Pennsylvania. 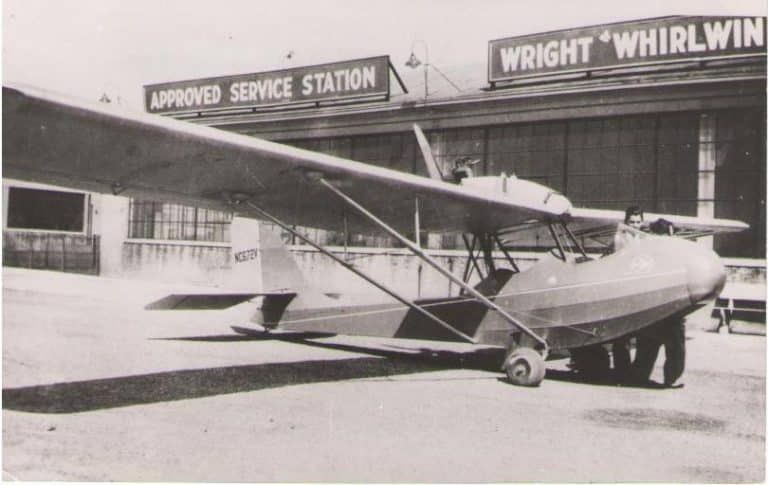 It appears this photograph was taken at a Curtiss Wright facility.

This aircraft is currently registered as N8639E. 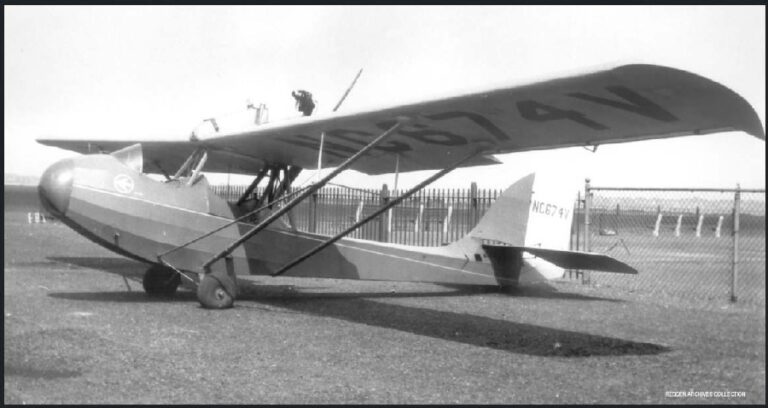 This photograph is all the information I have on this airplane 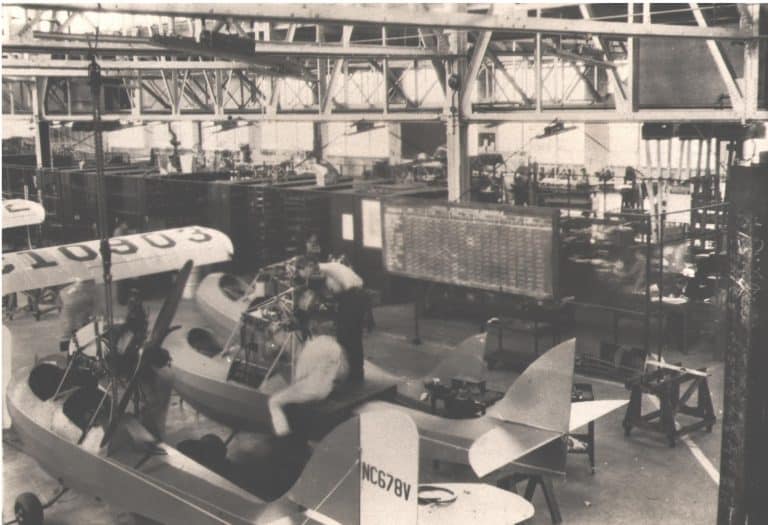 The registration number is on the rudder.  This is the only information I have on this aircraft. 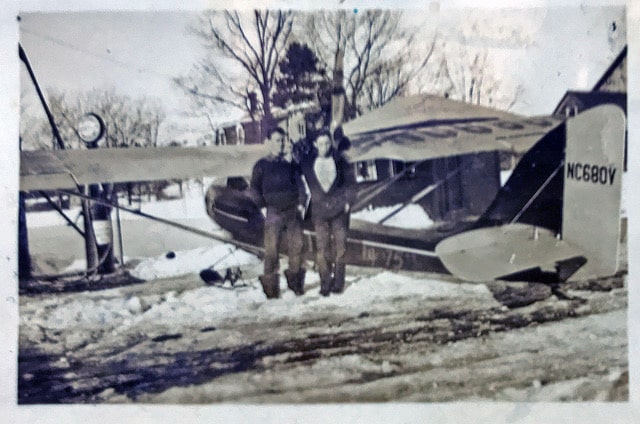 Bob Keeting on left and Bob (Unidentified) on right.

Aircraft was washed ou in crash at Plattsburg, New York.

Aircraft spent all of its short life on the East Coast.

Paperwork shows that it is powered by Lycoming 0-145